Written by Elena
Updated over a week ago

This is a part of the Monetization Strategy series. Click to read more tips and tricks.

What Will I Learn? 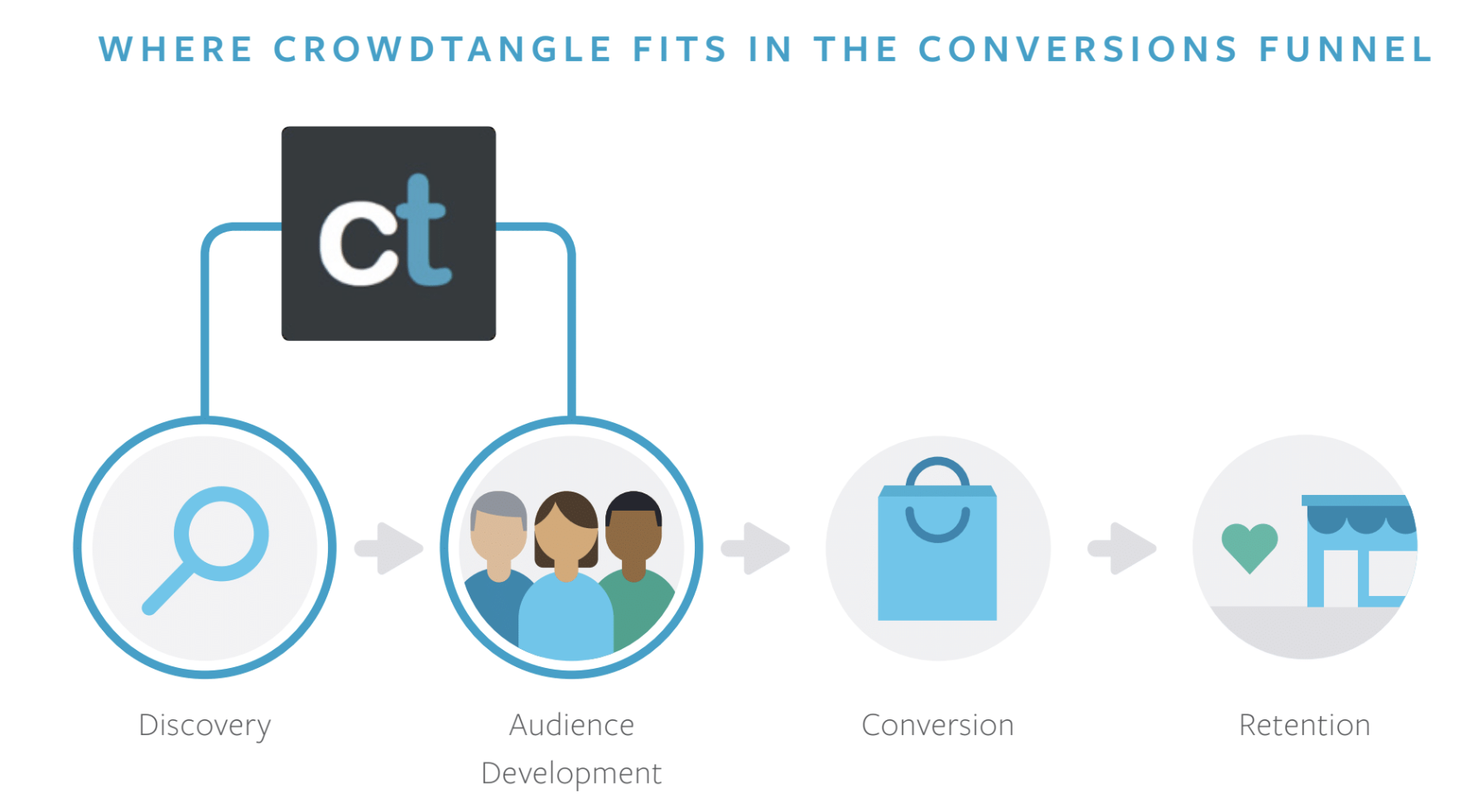 How Do I Boost My Subscription and Audience Development Strategies?

Step 3:  Under the Post tab set the performance filter to: Interaction Rate to identify the content that has engaged the largest percentage of your core audience (the people who have Liked the Page or Followed the Account).  The first time you do this, set the time frame to the last year.

Tip: Consider boosting or cross-promoting posts that already have high interaction rates to maximize their impact and to increase your Followers/Likes

Step 5: Study the posts in both lists to start understanding the patterns and begin optimizing your content to maximize your interaction rate.

Step 6: Load your Pages/Accounts into Intelligence graphs and study the interaction rates over time to gauge how your strategy is working.

Tip: Be sure to run this same analysis on your top competitors and peers.  Study their post mix, framing, etc. to give yourself more data to draw on as you hone your own strategy 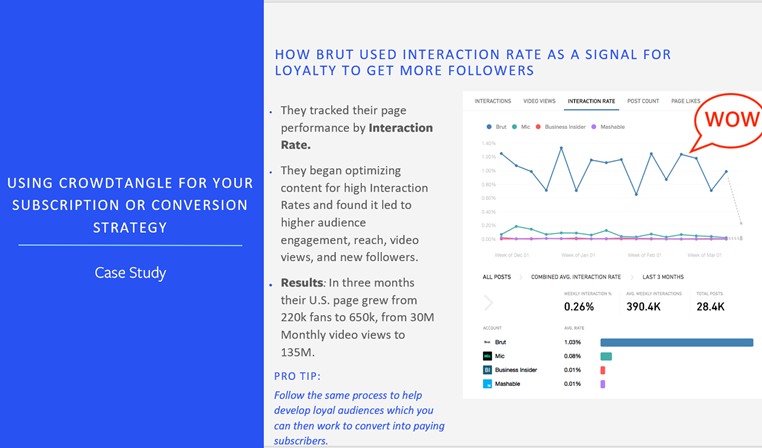 Step 2: Use the Saved Search's Leaderboard to rank the performance of the content you found- use this to identify specific Groups you can leverage to get your content out.

Step 3: Create a similar Saved Search, but this time set it to look for Pages and Profiles.  Identify influencers who are cross-posting your content (and who are doing it successfully) to reach out and form formal cross-posting relationships with them.